I received a box of beautiful and unique books and journals from Thunder Bay Press. Their selection of journals and classic books make great gifts for those who love literature, writing and journaling. For the Austen in August event hosted by Adam at  Roof Beam Reader I am giving away one Pride and Prejudice novel journal (US only).

As a blogger I am always looking for journals in which to scribble my thoughts about books. I have a scattered collection of notebooks and I was thrilled to receive the journals from Thunder Bay Press so I could better organize my reviews. The sturdy, heat burnished covers ensure that the pages are not easily ripped and if I spill a beverage on the journal then the paper is still protected.

The durable nature of these journals, however, is not their most notable feature. Each journal contains the lines of a famous novel in tiny print. The lines of print serve as the lines one which to write in the journal. This would make a fabulous gift for anyone who likes to write and appreciates classic literature. Thunder Bay Press has a large collection of novel journals which include Pride and Prejudice, Jane Eyre, Great Expectations and The

Adventures Huckleberry Finn. To see a complete list of journals that are available please visit this link: http://blog.thunderbaybooks.com/2015/03/novel-journals/

I am giving away one Pride and Prejudice novel journal, just like the one pictured above. It contains the lines of Austen’s famous novel in small print.  To enter:

Review and Giveaway: A Memory of Violets by Hazel Gaynor

This book alternates between two narratives, the first of which describes a pair of poor Irish immigrant orphans living on the streets of London in 1876 and who try to sell flowers in order to survive.  Flora, who is 8, is crippled, and Rosie, who is 5, is blind and although they have wretched lives the one thing that they do have is each other.  This part of the narrative is so pathetic and heart-wrenching that I almost gave up on the book because I could not take the sadness any longer.

The other part of the narrative takes place in 1912, when a young woman named Tilly moves to London to become a house mother at a Training Home for Watercress and Flower Girls.  All of the girls who work at the home are handicapped in some way and if it were not for this training home they would be living on the streets in abject poverty.  At the home the girls learn to make flowers out of fabric and the flowers are sold to vendors around London.

Tilly’s story is rather sad as well and we learn that she has had her own family troubles.  But coming to London and taking care of the girls at the home is a happy endeavor for which she is most grateful.  While Tilly is at the training home, she discovers a diary in the back of her closet written by the orphan girl Flora.  One day while they are selling their flowers, Flora and Rosie get separated on the streets of London and Flora ends up living at the home.  Tilly reads Flora’s diary and tries to discover what became of the two sisters and if they ever had the chance to reunite.

A MEMORY OF VIOLETS is a glimpse at the harsh reality of orphaned children living in the streets of London in the 19th century.  The characters will definitely leave an impression on the reader.  Although the narrative is sad and tragic at the beginning, my advise is to keep on turning the pages because the story does have a good ending.

Hazel Gaynor is an author and freelance writer in Ireland and the U.K. and was the recipient of the Cecil Day Lewis Award for Emerging Writers in 2012. Originally from North Yorkshire, England, she now lives in Ireland with her husband, two young children, and an accident-prone cat.

Giveaway:
I have a paperback copy of the book to giveaway, open to US residents only.  Just leave a comment below and let me know you want to win!  The winner will be notified via e-mail and will have 48 hours to respond.  Giveaway ends 2/18.

Click on the TLC tour button below to see all of the blogs participating in A Memory of Violets book tour.

Review: All That Glitters by Michael Murphy

Today I welcome back TLC book tours to my blog with another great book by Michael Murphy.  I invite you to read my review and enter the giveaway for a $25 gift card and a copy of Michael’s first book, The Yankee Club.

All that Glitters is the second installment of Michael Murphy’s Jake and Laura mystery series.  This book has all of the same qualities that made the first book a great read.  This book is set in 1933 in Hollywood, when Jake and Laura take a train cross country from New York to begin their new life in Hollywood.

Laura Wilson has signed a contract to be in movies for Carville Studios.  I loved the setting in old, glamorous Hollywood with its enchanting actors, lavish parties and the glitz of the big screen.  It was interesting to see the history of how movies with speaking actors, called “talkies,” developed.  It was a very exciting time for people involved with the big screen; these movie studios provided people with a good laugh through their screwball comedies even though the country was in the midst of a depression.

When Jake and Laura get off the train in California, Jake immediately understands that there are a variety of unsavory and dishonest characters involved in the movie business.  Jake has a fight with Eric Carville on his first night in Hollywood while he is at a party with the “who’s who” of Tinseltown.  It is well-known that Eric, the son of the movie studio’s owner, is a bully that is used to pushing everyone around; but now he has met his match in Jake Donovan.

Of course, the Jake and Laura series wouldn’t be complete without a mystery.  When Eric ends up dead, Jake is the prime suspect and in order to clear his name he is drawn right back into his role as a gumshoe.  Even though he was supposed to leave his detective life behind in New York, his instincts won’t let him wait for the police to prove his innocence.

If you enjoyed the first book in the Jake and Laura series, then you will equally love reading ALL THAT GLITTERS.  Michael Murphy has pulled off another successful novel with interesting characters, a riveting story, and a great setting that transports us back to Prohibition Era Hollywood.

Michael Murphy is a full-time writer and part-time urban chicken rancher. He lives in Arizona with his wife of more than forty years and the four children they adopted this past year. He’s active in several local writers’ groups and conducts novel-writing workshops at bookstores and libraries.

Giveaway:
The author is giving away a $25 Gift Card to the book store of your choice as well as a copy of the first book in the Jake and Laura series, The Yankee Club.  Giveaway ends 1/30.

Thanks so much for stopping by!  Click on the TLC tour banner below to visit all the stops on Michael Murphy’s tour.

In order to show a little appreciation to my faithful readers, I am giving away three different historical fiction novels, all of which are hardcopy versions.  The entry is very easy.  Just leave me a comment below and let me know which book you are interested in winning and reading!  Open to US/Canada only. I will pick a winner of each book at the end of the week.  Winners will be notified via email and have 48 hours to respond.  Happy Holidays from The Book Binder’s Daughter!

Constance is a farmer from Indiana who wants to see more of the world outside of her rural farm. She decides that fighting in the Civil War will give her this chance. Her husband Bartholomew would not be a good soldier and so she decides that she will make the sacrifice and march off to war and fight for her country in his place. She puts on the Union uniform, hides her feminine qualities and in this disguise travels down south to the heart of the battleground where she takes on the name of Ash Thompson.  Read my full review here 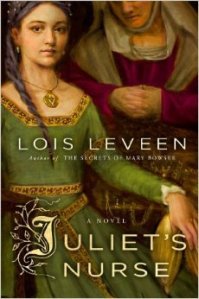 I enjoy stories that are retellings of classics, so I was delighted when I had the chance to review a book that narrated the Romeo and Juliet story from the nurse’s point of view.  This story begins with Angelica and her husband Pietro who are peasants living in 14th century Verona.  Although they are poor, they love each other dearly and have had a wonderful life raising 6 boys.  When the plague claims the lives of all of their children, they think they will never have the chance to rear another.  Read my full review here. 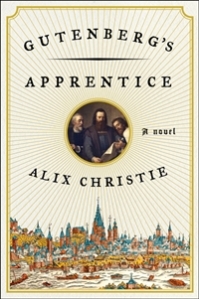 We all take for granted the written word, especially in the 21st century when not only are physical books readily available but so are books in electronic form.  In Muniz, Germany in the 15th Century an Elder by the name of Gutenberg had a crazy and obsessive idea of finding a way to mass produce books instead of having them laboriously copied by hand through scribes.  Peter is one such scribe and is recalled from his scribal duties in Paris at a monastery by his foster father.  Peter’s foster father, with whom he has been living since the age of 10, wants Peter to become Gutenberg’s apprentice as Gutenberg works on his new printing press.  Fust, Peter’s adoptive father is a merchant who has heavily invested in Gutenberg’s new invention.  Read my full review here.

This year I have had the tremendous good fortune to connect with so many wonderful authors.  I thought that it would be a nice idea to co-host a blog hop that is just for Indie and Small Press authors so they can showcase their writing and allow readers opportunities to win lots of great books.  Today I am giving away a copy of Harry Patz’s Book The Naïve Guys AND a $25 Amazon Gift Card. Thanks to Harry for co-hosting this great event with me.

Here are some of my favorite Indie and Small Press Author Books.  A few of these authors are joining the blog hop!