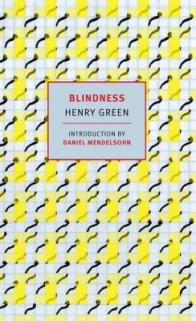 Blindness is the first of Henry Green’s nine novels and has elements of autobiography woven into the character sketch of seventeen-year-old John Haye, a student attending British public school in the early twentieth century. The first part of Blindness is written as a series of diary entries by John who is attending Noat, a school that closely resembles Green’s alma mater, Eton. John’s diaries are filled with entries about his keen interest in writing, stories of his silly friends, anecdotes about public school life and the various duties of his important role as the secretary of the Noat art society. During one of his trips home, John is injured in a horrendous, freak accident and he is permanently blinded. Forced to leave school and live at Barwood with his stepmother and old Nanny, John’s carefree life comes to a dramatic end. In Green’s unique presentation of a Bildungsroman, young John must reexamine the world through the use of his other senses and learn to deal with his new version of reality as he moves forward with his life.

Green’s use of diary entries for part one of his book, the single chapter of which is aptly called “Laugh,” is a subtle way of showing us the humor and quirks of John’s easy existence but without turning his protagonist into a ridiculous caricature of a British school boy. John’s entry for October 1 reads:

Brown, a friend of mine, has hit Billing, who keeps the food shop where you get rat poison, in the stomach so that he crumpled up behind the counter: the best thing that has happened for years.

Billing had apparently hit Brown previously, and had sent him to the Headmaster for being rude, and he, instead of backing Billing up, had asked Brown why he had not hit back: so when Billing hit Rockfeller today, Rockfeller being with Brown was rude to Billing, who attacked Brown, who laid Billing out. Meanwhile Brown has gone to his House master to ask that Billing’s shop may be put out of bounds, and Billing presumably is going to the Headmaster. There will be a fine flare-up.

John’s diary is replete with these seemingly mundane stories that Green’s writing style manages to make witty and charming. John takes his role as secretary of the Noat art society very seriously and is oftentimes stressed out because of the various shows and lectures the he helps to organize. Social ostracism, wearing the right clothes and hats, thoughts on his favorite books and his interest in a writing career are topics that fill up the pages of this entertaining diary. We also get a glimpse of John’s fussy stepmother who is consumed with running her household, fighting with the Town Council and making certain that everyone in the village is behaving properly. John thinks that she doesn’t really understand him on any kind of a deep level, but he acknowledges that she is a concerned and loving mother figure to him.

Although the rest of the book is not written in diary form, Green continues to narrate the actions through the intimate thoughts of various characters. Green’s strength as an author begins in this first book with his ability to allow his audience to experience the events and images of the book right alongside with his characters. For example, we learn through her rambling thoughts that Nanny has raised John since he was born and that she is completely distraught over the accident; Mamma is concerned that John will never have anything to do with his life and will be in danger of staying a bachelor. Mamma dearly misses her husband, John’s father, whom she is certain would have know the right courses of action to deal with this tragedy.

Parts two and three have a marked change of tone from the humorous to the more serious. But Green manages to do this without turning the story into a banal tragedy. What ties the three parts of this book together is John’s optimism even when he can no longer see. As he learns that there is no chance that he will ever have his vision back, he absorbs this bad news with a stoicism that developed in him while he was a student at Noat. He tries to console his mother and his nanny who seem much more distraught at the news of his blindness than John himself. While he is getting used to the darkness that has permanently set in we see the first glimpses of his optimism:

Another strength of Green’s writing that shines through in Blindness is his ability to describe in great detail images that beautifully capture the splendor of the English countryside. Green weaves these different images throughout his story so that they are fitting for John’s metamorphosis from Caterpillar, to Chrysalis, to Butterfly, as the three parts of the novel are fittingly named. When John is first blinded he is still trying to experience the beauty of Barwood estate through memories of vision. Green writes:

So much of life had been made up of seeing things. The country he had always looked to for something. He had seen so much in line, so much in colour, so much in everything he had seen. And he had noticed more than anyone else, of course he had.

But when he had seen, how much it had meant. Everything was abstract now personality had gone. Flashs came back of things seen and remembered, but they were not clear-cut. Little bits in a wood, a pool in a hedge with red flowers everywhere, a red-coated man in the distance on a white horse galloping, the sea with violet patches over grey where the seaweed stained it, silver where the sun rays met it. A gull coming up from beneath a cliff. There was a certain comfort in remembering.

As John adjusts to his new world, Green shifts his imagery in the final part of the book from an emphasis on the visual to the aural and the tangible:

He was in the summer house. Light rain crackled as it fell on the wooden roof, and winds swept up, one after the other, to rustle the trees. A pigeon hurried rather through his phrase that was no longer now a call. Cries of rooks came down tohim from where they would be floating, whirling in the air like dead leaves, over the lawn. The winds kept coming back, growing out of each other and when a stronger one had gone by there would be left cool eddies slipping by his cheek, while a tree further on would thunder softly.

John’s newfound outlook on life coincides with a bizarre relationship he has with a woman named Joan who lives in a dilapidated cottage with her drunken father. Green’s insertion of this storyline and character has a mixed success in the overall narrative structure of the story. There is a long interlude at the end of part two that describes Joan and her miserable life with her father who was once the village parson but has been ostracized because of his alcoholism and the rumors that he deceased wife was cheating on him. The abrupt change from John and his family’s perspective to Joan and her father seemed out of place especially since her story was given no real ending by Green. At best Joan serves as a catalyst for John to explore the world through other senses as he and Joan take long walks in the woods together. But it is evident that their different social classes and upbringing is too much of an obstacle for them to have any long-term commitment to one another.

The Joan episode is not completely devoid of its merits within the framework of the book, however. Green could have been easily turned their story into the cliché blind-rich-boy meets and marries poor-downtrodden-scared girl who live happily ever after. Even in his first novel Green writes an unexpected ending; John’s optimism wins over and an unlikely character, who isn’t Joan, helps him embrace a new life and become the adventurous, independent butterfly he is meant to be. 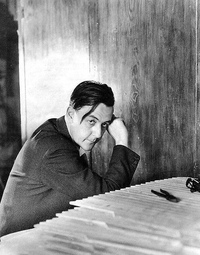 Henry Green was the nom de plume of Henry Vincent Yorke. Green was born near Tewkesbury, Gloucestershire, into an educated family with successful business interests. His father Vincent Wodehouse Yorke, the son of John Reginald Yorke and Sophia Matilda de Tuyll de Serooskerken, was a wealthy landowner and industrialist in Birmingham. His mother, Hon. Maud Evelyn Wyndham, was daughter of the second Baron Leconfield. Green grew up in Gloucestershire and attended Eton College, where he became friends with fellow pupil Anthony Powell and wrote most of his first novel, Blindness. He studied at Oxford University and there began a friendship and literary rivalry with Evelyn Waugh.

Green left Oxford in 1926 without taking a degree and returned to Birmingham to engage in his family business. He started by working with the ordinary workers on the factory floor of his family’s factory, which produced beer-bottling machines, and later became the managing director. During this time he gained the experience to write Living, his second novel, which he worked on during 1927 and 1928. In 1929, he married his second cousin, the Hon. Adelaide Biddulph, also known as ‘Dig’. They were both great-grandchildren of the 1st Baron Leconfield. Their son Sebastian was born in 1934. In 1940, Green published Pack My Bag, which he regarded as a nearly-accurate autobiography. During World War II Green served as a fireman in the Auxiliary Fire Service and these wartime experiences are echoed in his novel Caught; they were also a strong influence on his subsequent novel, Back.

Green’s last published novel was Doting (1952); this was the end of his writing career. In his later years, until his death in 1973, he became increasingly focused on studies of the Ottoman Empire, and became alcoholic and reclusive. Politically, Green was a traditional Tory throughout his life.