Failing to Honor the Best of the Achaeans: Musil on Writing and Intellect 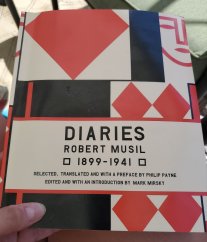 In The Man without Qualities, Musil satirizes not only journalists (as I highlighted in my previous post), but writers and intellectuals of all types. He says about the “Great Author,” for instance:

The most indispensable condition for being a Great Author is always that one has to write books or plays that will do equally well for high and low. To effect the desired good, one must be an effective writer to begin with; this is the basic principle of every Great Author’s life. It is a strange and wonderful principle too, a fine antidote to the temptations of solitude, Goethe’s very own principle of effective action: if you will just get things done in a good world, everything else will fall into place. For once a writer has made his effect, his life undergoes a remarkable sea change. His publisher stops saying that a businessman who goes into publishing is a sort of tragic idealist because he could do so much better for himself by dealing in textiles or unspoiled paper.

Meaning no offence, but dogs prefer a busy street corner to a lonely cliff for their calls of nature, so why should human beings who feel the higher urge to leave their names behind choose a cliff that is obviously unfrequented? Before he knows it, the Great Author ceases to be a separate entity and has become a symbiosis, a collective national product in the most delicate sense of the term, and enjoys the most gratifying assurance life can offer that his prosperity is most intimately bound up with that of countless others.

And as far as the critic is concerned Musil has this to say:

The critics discover him [the Great Author] as a worthy subject for their labors, because critics are often not really bad people at heart but former poets who, because times are bad, have to pin their hearts to something that will inspire them to speak out; they are war poets or love poets, depending on the nature of the inward gleanings for which they must find a market, so their preference for the work of the Great Author rather than just any author is quite understandable.

Even librarians are not exempt from being the targets of his wit. The librarian that appears in the novel has this to say about his profession: “The secret of a good librarian is that he never reads anything more of the literature in his charge than the titles and tables of contents, ‘Anyone who lets himself go and starts reading a book is lost as a librarian,’ he explained. ‘He’s bound to lose perspective.'”

I spent several hours last night reading Musil’s Diaries, 1899-1941, in the hopes that they would shed some light on his feelings about his craft and his fellow writers and I was not disappointed. Musil’s entries throughout these years are filled with comments about his process and how serious and meticulous he was with his writing. It is important to him that his characters be drawn from real life and his own experiences and he spends countless hours composing sketches of his characters. In an entry from 1911 he writes, “In Torless, the unifying momentum comes from the desire to narrate a particular story that has been thought out in advance. That is the backbone around which all other things—my interpretation and conception of the story—are grouped.”

There are many remarks and comments about authors he admires—Nietzsche, Emerson, and, not surprisingly, Tolstoy. In my first post about Musil I felt that The Man without Qualities was similar in style of narrative to War and Peace. Musil says about reading Anna Karenina:

The way that Tolstoy removes the cozy “family magazine” quality from those fortunate average people—KatJa, Lewin, Oblonsy—is almost a trick, but it’s overwhelming nonetheless. He does so by not glossing over slightly ridiculous, or evil, minor impulses—for example, when Oblonsky is moved to tears when he comes from Karenin and feels glad about the good turn that he is trying to perform, but, at the same time, is glad about a joke that he is working on: what is the difference between me, acting as a peacemaker, and a commander in the field, or something of the kind. In all cases he sees his people as a mixture of good and evil or the ridiculous.

Musil also doesn’t hesitate to record notes about authors for whom he had no professional respect. Hermann Broch, Franz Werfel and Thomas Mann are among those he despises. He says about Thomas Mann: “Thomas Mann and similar authors write for the people who are there; I write for people who aren’t there!” This brings to mind Musil’s satire about the Great Author, the critic and the publisher who pander to what’s popular among the mob for the sake of glory or cash.

Philip Payne, the translator of Musil’s Diaries, points out that a leading Germanist at the time conducted a survey of noteworthy, contemporary authors and Musil himself was not among those named. For an intellectual man who studied not only literature and the humanities, but science and the social sciences this was a great snub. It also helps us to understand, a least a little bit, his sarcasm for contemporary writers. Put in Homeric terms, they failed to honor the Best of the Achaeans. I don’t blame him for being upset.

Review: The Empress and the Cake by Linda Stift

I received a review copy of this title from Peirene Press.  The book was published in the original German in 2007 and this English version has been translated by Jamie Bulloch. 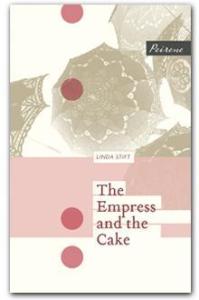 This psychological thriller starts innocently enough with a kind old woman offering to split a cake with a young woman she meets outside of a bakery in Vienna.  But Stift’s novella becomes gruesome, disturbing and haunting very quickly.

The old woman, whose name is Frau Hohenembs, is oddly dressed in all black and the young woman discovers that the old woman’s apartment is even stranger.  Frau Hohenembs has an extensive collection of pictures and mementos of the Empress Elizabeth of Austria or Empress Sissi as many referred to her.  The apartment is also packed with furniture, two caged parrots, an enormous dog and a portly servant named Ida. The young woman patiently observes these strange women while she has tea and eats her share of Gugelhupf.  The first shocking twist in the book happens when the young woman returns home to her own flat, finishes the rest of her Gugelhupf as well as everything else in her refrigerator and forces herself to throw up the entire contents of her stomach. 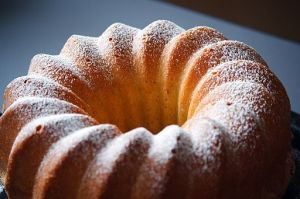 There are two eerie and gruesome threads that run throughout the story, the first of which is an obsession with food, weight and vomiting. Stift vividl describes the narrator’s grisly decent into the full grip of bulimia and her constant obsession with the cycle of binging and purging:

I was learning a new vomiting technique and was eating by colours.  I started with chemical sweets such as bright-green gummy frogs or pink foam bacon bits or claret so-called laces and snakes.  These took time to mix with the mush of food that followed, which meant that my vomiting could be monitored.  I would puke until I’d arrived at this tough, lurid mass, so I could be sure I’d got everything out.

The narrator also weighs herself incessantly every few minutes on a pair of scales she purchases.  She becomes obsessive about her weight and the size of her stomach.  She is so consumed with food and vomiting that she stops working and only goes out of her flat every few days to go on a grocery shopping binge.  She reveals throughout the course of the story that her mother and maternal grandfather also had an unnatural preoccupation with being thin and this fixation on weight affected her from a  very early age.  Her deep-seated psychological issues make her easy prey for the manipulative and controlling Frau Hohenembs. 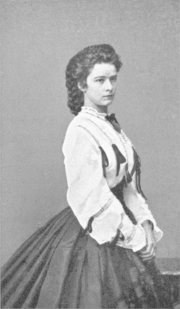 The second theme that is woven throughout the narrative is that of control, both losing it and gaining it over others.  Frau Hohenembs has an obsession with the Empress Sissi and pulls the young narrator into her plots to steal relics and artifacts that once belonged to the Empress.  Frau Hohenembs first invites the narrator to a picnic after which they take a bizarre tour through a sex museum.  Stift is a master at slowly developing the ways in which the older woman gains control over the younger woman’s life.  At first she can’t say no to innocent outings that involve picnics and museums.  The next significant turning point in this disturbing relationship is when Frau Hohenembs uses the young woman to steal a duck press from another museum in Vienna.  This rather macabre kitchen instrument is used to squeeze the blood, bone marrow and other juices out of duck carcasses. Frau Hohenembs loves to drink the meat juices extracted from the press and throughout the novel she has Ida use the press so that she can always have her favorite drink on hand.

Frau Hohenembs uses this theft of the duck press to gain more control over the narrator’s life.  She tells the young woman that if she doesn’t go on outings with her or help her out on her secret missions then she will report her to the police.  Frau Hohenembs becomes progressively sinister and appears to have connections around Vienna that would help her to have the young woman prosecuted.  The final, and most disturbing, theft that the trio carry out is stealing a cocaine syringe that belonged to the Empress Sissi from a pathology museum in Vienna.  Frau Hohenembs then instructs the young woman on how to use it properly to inject the old woman with daily doses of cocaine.

By the end of the novella, the young narrator is trapped and completely controlled, not only by her eating disorder but also by this strange old woman and her maid.  Straft is a master at building suspense and presenting an unexpected and frightening conclusion to her psychological thriller.

This is the third and final installment in the Peirene Fairy Tale series.  All three books in the collection are very different but are all excellent.  I don’t think I can choose a favorite from the series.  I have also reviewed the other two Fairy Tale books:

Linda Stift in an Austrian writer. She was born in 1969 and studied Philosophy and German literature. She lives in Vienna. Her first novel, Kingpeng, was published in 2005. She has won numerous awards and was nominated for the prestigious Ingeborg Bachmann Prize in 2009.