Review: Nay Rather by Anne Carson 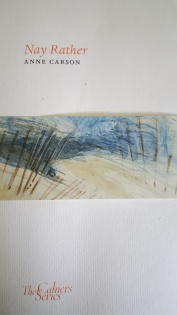 I have been on an Anne Carson reading binge lately and have also been slowly making my way through the Cahiers Series so I was thrilled when I discovered that Carson wrote Cahier #21.  Her essay in this Cahier, entitled “Variations on the Right to Remain Silent,”  includes her thoughts on the issues of resistance in translation, the untranslatable, and  the mistranslated.  Silence, which is oftentimes a problem with ancient manuscripts, is her starting point: “Silence is as important as words in the practice and study of translation.”  Carson points out that silence can be both physical and metaphysical;  physical silence, for example, happens when a manuscript of Sappho has been torn in half and there is empty space. This part of her discussion particularly resonated with me because it is one of the issues with ancient texts that my students have the most difficulty.  As I am translating Catullus this semester with my university level class, it bothers them to the point of argument, distraction and frustration when a piece of a text has been reconstructed with several possibilities from different editors.   They want to know exactly which word Catullus wrote in the original transcript and they don’t want to hear from me that such literary puzzles can be “fun” to figure out.

Metaphysical silence happens when it is impossible to translate a word directly from one language to another.  Carson’s example of this is taken from the word molu which appears in Homer’s Odyssey.  Molu is a plant that is sacred to the gods and Hermes gives this plant to Odysseus in order to protect himself from the magic of Circe.  Carson says about Homer’s use of this word and the intentional silence it engenders: “He wants this word to fall silent.  Here are four letters of the alphabet, you can pronounce them but you cannot define, possess, or make use of them.  You cannot search for this plant by the roadside or google it and find out where to buy some  The plant is sacred, the knowledge belongs to the gods, the word stops itself.”  When one encounters such words in teaching an ancient author it is difficult to convey to the students that translation is not an exact science.  It has been my experience, however, that my students enjoy the metaphysical silences much more so than the physical silences because they are able to have a debate over the metaphysical by using their previous knowledge of an author’s body of work, as well as their mythological and historical backgrounds.

Also included in this Cahier is a poem that Carson has composed about the Cycladic culture entitled “By Chance the Cycladic People.”  The order in which the lines appear in the text were determined by the author through a random number generator.  This unique strategy of mixing up her poem is a way in which Carson provides us with her own example of a poem that resists translation.  We can put her poem back into the correct order.  But should we?  Are the lines really meant to be put back into the original order or can we get a deeper understanding of her verses by seeing them in this random order?  I chose not to put them back in order but instead I noticed patterns of images and themes that reoccur throughout the verses: the sea, pots and pans, boats, mirrors, etc.   I wonder how others have chosen to deal with this poem? 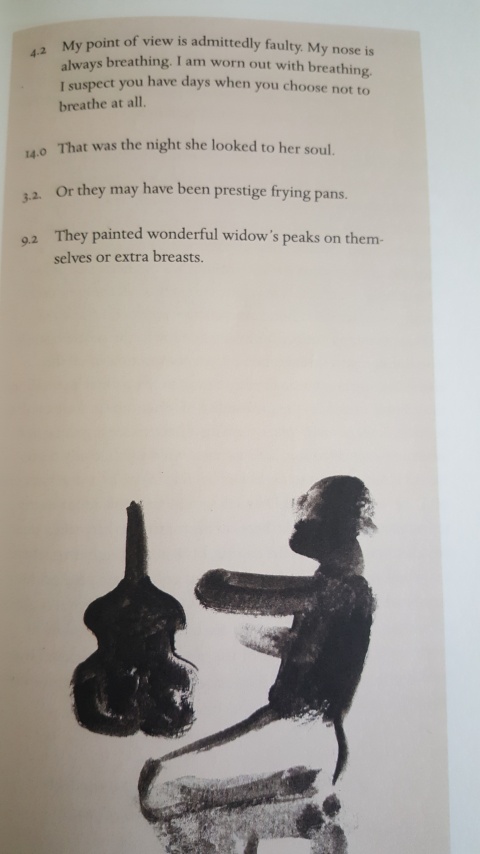 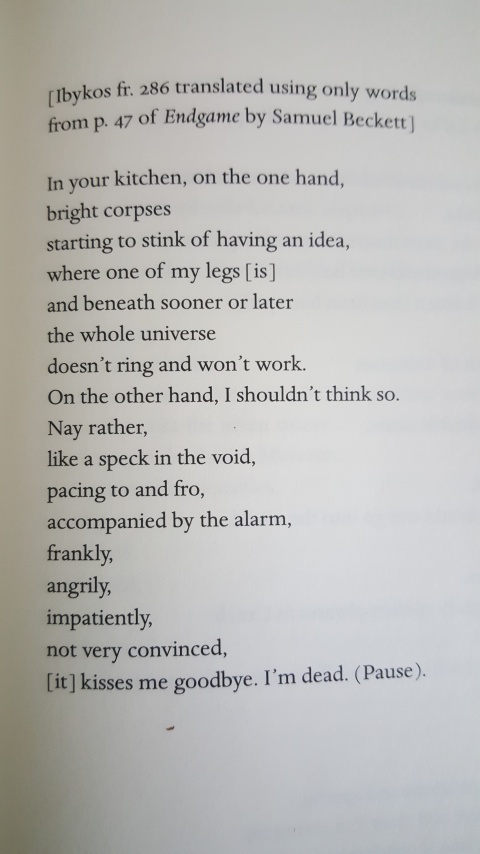 Finally, the art work in this cahier is a series of drawings and gouaches by Sicilian artist Lanfranco Quadrio who was inspired by his reading of Carson’s text.  A piece of his work appears on every other page in the Cahier with verses from Carson’s Cycladic poem.  There is a primitive nature to them but they are also very colorful which reminded me of Cycladic and Minoan art. 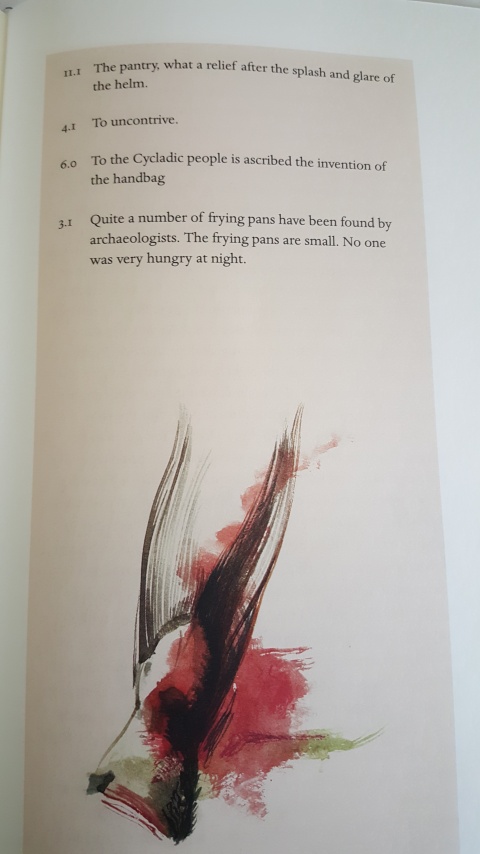 8 responses to “Review: Nay Rather by Anne Carson”