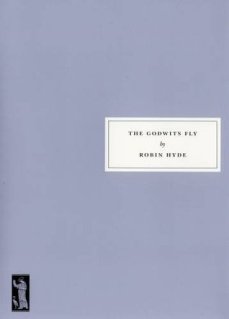 This is the latest release from Persephone Press whose classic fiction I adore.  This book is unlike any other I have read from their catalog so far.  The entire time I was reading it I felt as if I were in the midst of a dream with lots of sounds and imagines, some vivid and some out-of-focus.  And the dialogue was sparse and poetic, sometimes difficult to understand.  The main character, a girl named Eliza, is an aspiring poet from a very tender age so it is no wonder that the author chose such a lyrical style for her novel.

Eliza and the other Hannays, her sisters Carly and Sandra, her brother Kitch and her parents have a somewhat nomadic life in Wellington, Australia.  Eliza’s father has a job as a office clerk on which salary he struggles to support his family of six.  They move from one cheap rental house to another and it is thanks to his wife, Augusta that their budget is stretched so far.  Augusta is an economical cook and sews clothes for her children who are always well-dressed and tidy.  The first part of the book is Eliza’s memories from the various houses and neighborhoods in which they have lived.

From the beginning we understand that the Hannay family does not get along well with one another.  Mr. and Mrs. Hannay are always fighting and one wonders how they ever got together and got married in the first place.  Mr. Hannay fancies himself a socialist and is always reading books on the subject and dragging home his seedy friends.  He appears to have little affection for or understanding of his wife and his children.  All of this behavior irritates Mrs. Hannay whose main concern is caring for her family and keeping the house clean.  She dreams of someday moving to her beloved England but as the story goes on it is evident that this is not an achievable dream for a poor woman with four children.

Much of the prose in the book is focused on capturing the details of the settings.  For example, in chapter nine, entitled “Reflections in the Water” is centered around Eliza’s birthday and the family celebrates by having a picnic and a swim at Day’s Bay.  The chapter opens with a vivid description of the people standing on the dock and boarding the boat to sail out to Day’s Bay.  Hyde writes, “Day’s Bay sand is smooth and warm, honeycombed with tiny airholes in which the blue crabs hide.”  I could feel the press of people, the heat and I could smell the water and the summer as I was reading the descriptive passages in this chapter.  The story continues to describe the beach and the picnic and although there is little in the chapter that advances the story we get another glimpse into the life of this family.

As Eliza and her sister Carly get older I was expecting that a man would catch their attention and there would be multiple weddings in the book.  But the hold that the Hannay family has on both of them doesn’t loosen its grip for anything, not even a man.  Carly is engaged for a while and she then tries her hand at becoming a nurse, but the connection with her mother pulls her right back home.  Eliza falls in love with a man named Timothy who is one of the socialists that her father brings home.  She has a lot in common with him and they like to discuss books but it seems that Timothy is a free spirit; although he loves Eliza, the pull of traveling and exploring the world is greater than his love for her.

Timothy does write letters to Eliza and even wanders back to her in Wellington from time to time but this is more of a torment to her than anything else.  She has a love affair with an older man in order to try to forget Timothy, but this episode in her life has long-term and hurtful consequences for her.  The only positive that comes out of her lost loves is that she is inspired more than ever to write poetry.

For those who love poetry, The Godwits Fly is a must-read.  Eliza reads and memorizes poems which she is fond of reciting from a young age.  She also writes a fair amount of her own poetry and she calls her gift for writing simply, “it.”  When tragedy strikes,  her gift for poetry suddenly returns: “She felt neither happy nor unhappy. merely still as the nurse moved about the room.  When she was alone, words ran in her mind, measured themselves, a steady chain of which no link was weak enough to break.  Long ago, she called the power ‘it’.”  Eliza is able to find comfort and solace in her art, but this book doesn’t have a particularly happy ending for any members of the Hannay family.  It serves as a stark reminder that growing up female in the mid-twentieth century was a struggle.

Iris Wilkinson (1906-39), who wrote as Robin Hyde, is one of New Zealand’s major writers.  Brought up in Wellington (her father was English and her mother Australian), she was encouraged to write poetry. At 17 she began work as a newspaper journalist. Hospitalised after a serious knee injury, she later gave birth to two illegitimate children – the first died, but her son, Derek Challis b. 1930, was fostered (and would wrote her biography in 2004). Despite two breakdowns, she continued to work ferociously hard, notably during 1934-5 at Auckland Mental Hospital when she wrote half of her total output; here she began her autobiographical novel The Godwits Fly (1938) describing ‘Eliza’ up to the age of 21. During the 1930s Robin Hyde published a total of ten books – five novels, poetry (inc. Persephone in Winter, 1937) a travel book and journalism.  She travelled to China in 1938, made it to England, but killed herself in Notting Hill Gate a week before the outbreak of war.

9 responses to “Review: The Godwits Fly by Robin Hyde”