I am just in love with all of the books that I have read from Persephone Press.  This is another great classic based on a true story and deals with World War I and its affects on a loving and devoted couple. 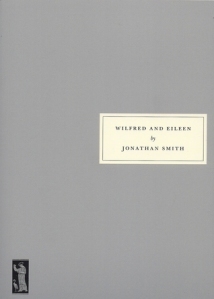 The first part of this novel deals with Wilfred Willet who is about to graduate from Trinity College, Cambridge and meets a beautiful woman named Eileen Stenhouse at a ball.  Even though they are from different social classes, they seem to hit it off right away and have lots of things to talk about.  Soon after he graduates,  Wilfred goes off to medical school and works as a resident in a hospital while Eileen sits at home with her aristocratic parents and does, well, not much of anything but wait for Wilfred to call.  In the first part of the book we are left wondering if Wilfred is as devoted to Eileen as she is to him; will Wilfred’s work at the hospital take precedence over having an engagement or eventually a marriage with Eileen?

As time goes on, Wilfred decides to defy the wishes of his parents, especially his mother, and marries Eileen in secret.  It is ironic that, although Wilfred’s family is of a lower social class, the Willets are the ones who strenuously object to the marriage.  Wilfred’s mother seems to be overly protective of her only child and I suspect that, in her eyes,  no woman would ever be good enough for him.

When World War I breaks out and Wilfred volunteers to go to the front, he decides that his secret marriage must be revealed to both families.  The author includes letters that Wilfred and Eileen write back and forth on almost a daily basis until he gets wounded.  The details he describes about the deplorable and inhumane conditions in the trenches are vivid and must have been heart-wrenching for Eileen to read.  She does manage to stay strong and put on a brave face for her husband and family and her sentiments of love and devotion in the letters are beautiful.

The real hero in the book is Eileen who travels to France in order to extract Wilfred from a makeshift army hospital and bring him back to Britain so he can receive the best medical care for his head wound.  Eileen eventually brings Wilfred back to the very hospital in which he served as an intern and his old mentor saves Wilfred’s life.  Eileen never waivers for a moment in her devotion to Wilfred despite the handicap he suffers for the rest of his life.  They make a home together in the countryside and even have two children.

If you love historical fiction set during World War I then I highly recommend giving WILFRED AND EILEEN a try.  I am completely smitten with these wonderful novels from Persephone Books.

About The Author:
Jonathan Smith was born in Wales in 1942 and went to Christ College, Brecon. He read English at Cambridge, taught at Loretto School, Edinburgh and in Melbourne, and from the late 1960s onwards at Tonbridge School, where he was head of English for 17 years. He is married and lives in Kent.

4 responses to “Review: Wilfred and Eileen by Jonathan Smith”