I received an advanced review copy of this book from the publisher through NetGalley. 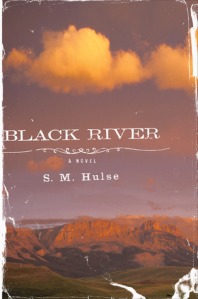 This is a simple yet moving book about love, loss, redemption and forgiveness.  Wesley Carver lives in the small town of Black River, Montana.  Like most of the adult males in this town, he works as a corrections officer for the State’s maximum security prison.  Although his job is difficult and stressful, it pays the bills and supports his wife Claire and his stepson.

Wesley’s entire world is changed when one day a riot breaks out at the prison and he is held captive by one of the prisoners and is tortured for 39 hours.  Wesley’s fingers are horribly deformed and he can longer play music, which was one of his favorite hobbies and escapes.  Wesley learns that the man who caused him such harm and grief is up for parole; he has so many other problems to deal with in his life, but can he let the hearing go without saying a word about his unspeakable suffering caused by this inmate?

To make matters even worse, Wesley’s home life deteriorates when his stepson Dennis becomes belligerent and angry.  Dennis points a loaded gun on Wesley after an argument, so Wesley decides to take his wife and move 4 hours away to Spokane, Washington.  We can’t help but feel sorry for Claire who is torn between allegiance to her husband and concern for her son.

This novel makes us reflect and ask ourselves, when someone has harmed us and wronged us, can we ever truly forgive?  Can old grudges be laid aside and forgotten?  Does anyone ever truly change and learn from his or her mistakes?  The author’s simple, yet eloquent writing and flawed, yet likeable characters provide the reader with so many themes and issues to ponder.

BLACK RIVER is an emotional, heart-wrenching read.  I encourage you to delve into this book and follow Wesley on his emotional journey through healing, forgiveness, loss and soul-searching.

S. M. Hulse received her M.F.A. from the University of Oregon and was a fiction fellow at the University of Wisconsin-Madison. Her stories have appeared in Willow Springs, Witness, and Salamander. A horsewoman and fiddler, she has spent time in Washington, Montana, Idaho, and Oregon.