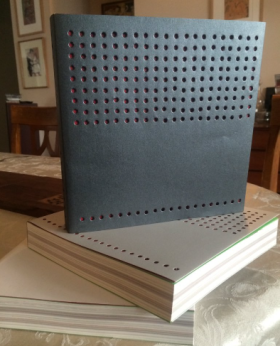 The diverse offerings of thought-provoking and interesting literature in translation from around the world has made Seagull Books one of my favorite publishers.  Naveen Kishore, Sunandini Banerjee and their staff at Seagull publish a catalog each year that not only tempts us with descriptions and photos of their books, but they also include pieces of writing from authors and translators around the world.  This edition is very special to me because Naveen invited me and a few of my favorite bloggers to be contributors.

Naveen begins by sending out a provocation and asks each person to write a response or a reaction to his provocation.  As you can see from this year’s provocation Naveen is a master of creating poetic prose that is beautiful and thought-provoking:

Soul he said. Soul as the prison of the body. Soul I asked? What about the ones who don’t believe? In soul. Or God. Or religion. The ones that understand the body for what it is. Accept its one-way journey towards the inevitable. The body as decay. Gradual ruin. Eventual crumbling. We all know this. Or those that think the ‘inner core’, or what I presume is a ‘substitute’ for the notion of ‘soul’, is actually just an ever changing, evolving, fermenting mass of literature that grows. And grows. And knows freedom. And fear. And emotion. And love. And death. And every kind of existential angst that any soul worth its weight in gold would know! What about me? I asked. Or you for that matter. We who write and read and write and continue to both read and write while our bodies grow old and tired. But the mind. The mind remains in a state of excitement. Constantly radiant. Its brilliance grows with every new thought. What if we substitute ‘literature’ for ‘soul’ in your proud statement so that it now reads ‘Literature as the prison of the body’. Thing is that this doesn’t hold. Literature cannot be a space that restricts movement. Or freedom. At least it shouldn’t be. It is meant to be a liberating presence. Like its close companion. The dark. For me the dark is important. The dark as a substitute for soul? Maybe. Darkness is essential for literature of meaning to grow and take root.

For my own response, I wrote what I know and what I experience every day—Ovid, teaching and my daughter:
x

Ovid, in Book XV of his epic poem the Metamorphoses, lays out the stoic vision of the transmigration of the soul. Ovid challenges the human race not to fear death because the underworld is merely a transition, a brief holding place until the spirit takes on another form. Animae semperque priore/relicta sede novis domibus vivunt habitantque receptae: And our spirits, with an old place always being left behind, and having been received by new homes, live and dwell in them.

In my Latin 2 course when I teach the passive voice I give my students this passage from Ovid’s Metamorphoses with which to practice their translations. This is always one of the most animated and lively classes of the year for my students as they decipher the Latin as well as the Stoic argument that the soul is never destroyed but that it is the part of us that always lives on. As a contrast, I also give the class an explanation of the Epicurean view of the soul, which is quite the opposite; the Epicureans believed that this life is all there is for us and once we are gone there is nothing left, neither a physical body nor a spirit.

Every year, without fail, my students unanimously reject the Epicurean idea of the afterlife and embrace the Stoic notion that our souls, the very essence of who we are, survive in some form. Out of the dozens of lines of Latin prose and poetry I translate with my students over the course of their five years of study in my program, this is the one passage that they always remember; this is the passage that they quote back to me long after they have graduated and this is the passage that a few of them have even had tattooed onto their bodies. Morte carent animae: Our spirits lack death. Omnia mutantur, nihil interit: All things are in flux, nothing is lost. Ipsa quoque adsiduo labuntur tempora motu, non secus ac flumen: Time itself glides in continual motion, not differently than a river. 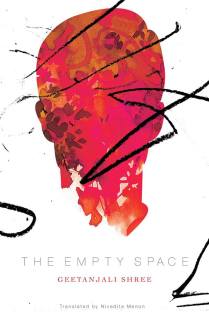 We were recently translating another passage of the Metamorphoses in an upper level Latin course, the suicide death of Pyramus. The students were horrified by Pyrmaus’ impulsive decision to take his own life because his soul will be stuck in limbo for eternity. The Romans believed strongly that the punishment for taking one’s own life hastily because of what Vergil calls a durus Amor (a harsh love) or unrequited love was that the soul would forever wander in the Underworld. Even though Ovid tries to take away the fear of an afterlife, it is the fear of the unknown that still lingers. Will we come back into a body as something better than before, will we come back as human or beast, or will we come back as anything at all?

Ovid’s writings about the soul are the very things that keep his work relevant and immortal even in the twenty-first century. It is his discussion of the human soul that saves the literary soul of the Metamorphoses for generations to come. Ovid’s own words can be applied to each new class, each new year, each new generation of students’ interaction with his writings. Nova sunt semper. There are always new things. Momenta cuncta novant: All moments are renewed.

The optimism of believing in an undying soul reaches even farther back into the spirits of children. When my daughter was three or four years old she started asking questions about death and dying. We are not raising her under any particular religious doctrine, so my husband explained to her what various religions believe about the soul and what might happen to us when we pass from this world. Her favorite explanation was the idea that we are reincarnated and that the soul lives on and takes on new forms. Even today, as a fourth grader, she is still a Stoic in her belief that some part of our spirit remains even when we pass from this life. It is my hope that she will learn Latin so I can translate Ovid with her and witness her reaction to Ovid’s writings about the soul.

My interactions with my students and my daughter have led me to believe that there is a youthful optimism and hope that the soul, the spirit, the very core of who we are, lives on and on. Do we retain this same optimism as we grow older? Is this an extension of the idea that young people think they will live forever? Or is this even a faint hint of a memory from some life in the past? 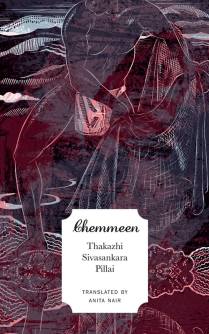 Anthony, one of my favorite bloggers, whose site is aptly entitled Times Flow Stemmed, takes a deeply philosophical approach and reaches all the way back to Aristotle for his inspiration. He responds:

My sense of soul is rooted in Aristotle who also used the term psyche in a time before we rooted psychology in the brain, rather as a form or a forming of the whole body. Was and imprint, like Ovid’s Pygmalion, are one, but this begs the question of how we become one. Identity is a precondition for unity of self, awareness of our selves. The eye is for sight, the ear for hearing but there is no organ of memory, no place in the body where identity can be seen to reside.

Joe, who blogs at his site Rough Ghosts , provides a response that is, like his book reviews and essays,  poetic and contemplative:

Literature as liberator, you suggest.

I am, I want to reply, inclined to agree.

But I would caution you that words can confine us, as readily as they set us free.  We can become entangled in meanings, lose ourselves in definitions, search in  circles for explanations when all we know is that the words we hear don’t seem to touch the heart of what or whom we seem to be.

And Tony Malone, who blogs at Tony’s Reading List concludes the collection with a meditation on existential angst:

So, what to do with all this, the soul of literature, the literature of the soul, existential angst and the compost of the day?

I think I’ll just delete it and go to bed.  Sleep’s supposed to be very good for your soul.

Finally, a word must be said about the beautiful and stunning art work in the catalog that is done by Sunandini Banerjee.  She is the graphic artist for Seagull Books and does the art work for their catalog and their book covers.  I did a post about her art and the piece that has been featured on my blog.  The poetry, essays, photography and book descriptions are always amazing, but it is Sunandini’s art that puts that truly unique finishing touch on this spectacular literary catalog. 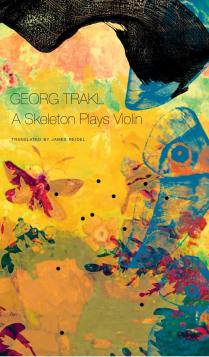