A Few Thoughts on Hadji Murat by Tolstoy 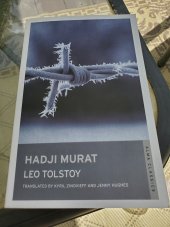 Even though this final work of Tolstoy’s, not published until after his death, is rather brief, the narrative techniques are similar to his greatest historical novel, War and Peace. The eponymous hero of the book is Hadji Murat, a well-respected, Muslim tribal leader. During the 1851 Chechen revolt against the Russians, Murat helped lead the locals in the charge against the Russians who claimed that they were bringing modern government and prosperity to an archaic, Muslim state. Tolstoy’s story constantly switches back and forth between characters that range from the lowest peasants in the Chechen villages to Prince Nicholas I. This incessant picking up and dropping off of different narrative threads is what causes me to devour his novels. What will happen to the soldier who is shot while on night watch? Which lover will Prince Nicholas choose? And how will Murat meet his tragic end?

Murat is drawn into an argument with Shamil, the leader of the Chechen revolt, and defects to the Russian side when Shamil captures and threatens Murat’s family. Tolstoy portrays both sides as flawed and Murat is caught between two ruthless, cruel and unpredictable dictators. There may be cultural difference between east and west—in dress, religion, social habits, etc. But one thing they have in common is the brutality of an all-powerful despot. My favorite passage in the book is Tolstoy’s description of Nicholas I, which could also just as easily describe many a world leader in the 21st century:

The flattery, continuous, obvious, completely divorced from reality—of the people around him had distorted his vision of himself to such an extent that he no longer saw his own contradictions, did not attempt to reconcile his actions and words with reality or logic or even basic common sense and was quite convinced that all his directions, however senseless, unfair and contradictory they might be, became unreasonable, fair and consistent with each other simply because he had delivered them.

13 responses to “A Few Thoughts on Hadji Murat by Tolstoy”