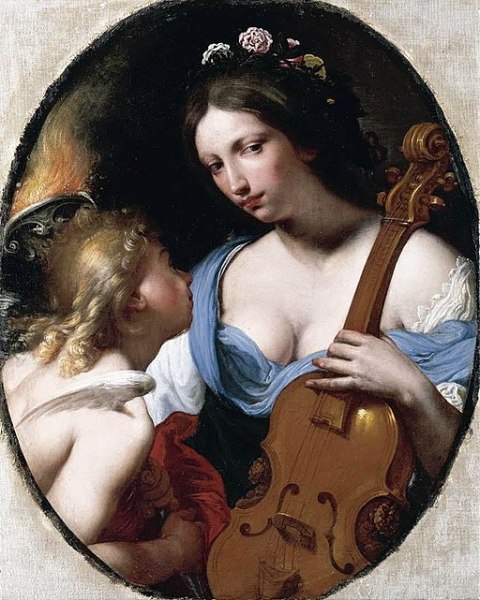 I am so happy to be occupying, once again, a world that George Eliot has created with her novel Daniel Deronda. Gwendolen, like many of the heroines in Eliot’s novels, is willful, independent, and a fierce presence from the very start. When we first meet her she is gambling and completely believes in the force of her luck at the roulette table and the impact of her elegant figure on her male admirers. Upon entering the home that she will occupy with her mother and four sisters, Gwendolen makes a grand entrance fitting for a young woman so confidant and headstrong; she poses at the piano and remarks to her family and the servants—her audience—that she would make the perfect figure for a portrait of Saint Cecilia:

‘Mamma, mamma, pray come here!’ said Gwendolen, Mrs. Davilow having followed slowly in talk with the housekeeper. ‘Here is an organ. I will be Saint Cecilia: someone shall paint me as Saint Cecilia. Jocosa (that was her name for Miss Merry), let down my hair. See, mamma!’

She had thrown off her hat and gloves, and seated herself before the organ in an admirable pose, looking upward; while the submissive and sad Jocosa took out the one comb which fastened the coil of hair and then shook out the mass till it fell in a smooth light-brown stream far below its owner’s slim waist.

Mrs. Davilow smiled and said, ‘A charming picture, my dear!’ not indifferent to the display of her pet, even in the presence of the housekeeper. Gwendolen rose and laughed with delight. All this seemed quite to the purpose on entering a new house which was so excellent a background.

Like the martyr Saint Cecilia, Gwendolen has an interest in music and she is a strong willed woman who demands the attention of those around her. Saint Cecilia wished to remain a Virgin but her parents married her off to a pagan nobleman named Valerian. But Cecilia convinces her husband to convert to Christianity and they are both killed for their faith. In the first few chapters of this novel, my mind kept wandering back to this image of Gwendolen as Saint Cecilia. Eliot especially makes it a point to highlight Gwendolen’s talent, for which she is rather proud, as a singer and musician; and we are made very aware of the fact that Gwendolen has no real interest in marriage but views it as a means to an end—if she marries a wealthy man then her importance in life will be greatly elevated.

I suspect in this scene I’ve highlighted that, not only are we are getting a glimpse at Gwendolen’s spirit, but we are also meant to see her hubris on full display. I have no doubt that Eliot’s use of this Saint is rather deliberate and symbolic and I look forward to occupying Gwendolen’s world for a while and seeing where Eliot takes us with his image.

When I mentioned on Twitter that I was reading Daniel Deronda, a few fellow readers responded that this was their favorite Eliot novel. I would say that my favorites in order are Middlemarch, Adam Bede, The Mill on the Floss, and Silas Marner. (I have yet to read Romola, Felix Holt or Scenes of a Clerical Life.) It will be interesting to see where Daniel Deronda falls on my hierarchy of Eliot novels. What is your favorite Eliot?